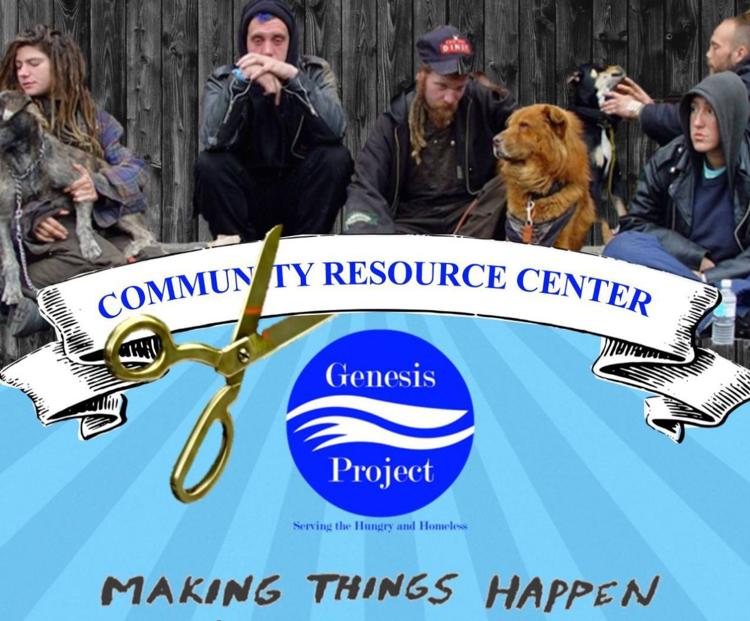 Coates: CG looks to AJ for ins and outs of a resource center

APACHE JUNCTION — The soup kitchen in Apache Junction welcomes all.

On a recent Monday, some guests made their way down from nearby mountains, where they camped out. Some likely had managed a room somewhere. Some slept on couches. Many just needed a hot meal.

Carol rode a scooter from her RV at a trailer park. She ate lunch, then shuffled over to a table where Colton Oliver sat. I say shuffled because Carol, 78, suffers from severe arthritis.

Oliver, an independent agent, was here to answer questions about Medicare. He could also help out with Arizona’s version of Medicaid, health insurance for low-income and working families.

Carol’s issue had to do with repairs to her scooter, something of a mini-golf cart. She wanted to change repair companies. The last time she took her cart in, she waited and waited to get it back.

Oliver said her supplemental insurance works with a particular repair company. She liked her insurance. She didn’t want to change. Oliver suggested she could get a doctor’s recommendation. Maybe.

In any case, the scooter might be all Carol has in a month or two. She was, she said, about to be evicted.

That’s the idea behind the Apache Junction Community Resource Center. Every Monday, somebody from a nonprofit or government agency takes a seat to help people who most need it. The homeless. The near homeless. Elderly on scant Social Security. And people just down on their luck.

There’s a calendar of services offered. They vary from week-to-week. Medicare advice was on tap the Monday I showed up. It’s up to cooperating agencies to send staff. Sometimes they don’t.

The center shares a space with the Genesis Project, which runs the soup kitchen.

Actually, it serves more than soup. It offers a free hot lunch prepared in a full kitchen.

The Genesis Project started out in an Apache Junction Methodist church, some 12 years ago. Other churches joined in. In 2014, it settled into its current location — two units in a small industrial strip on North Idaho Road.

“We’re all run by volunteers,” Judy Sparks said. She’s the Genesis secretary-treasurer. And volunteer. She once worked with the homeless in Oakland, California.

When I stopped by, she was seated at a small desk, like one you might find in a classroom. She had a binder with names. She kept track of people who received vouchers for a shower and a day’s use of a nearby city-run activity center. They could get up to a voucher a week.

One man thanked her for his voucher, then went on his way. He was still dusty from sleeping rough. Sparks added he smelled of smoke from a campfire.

There’s no chicken-or-egg question here. Genesis and the soup kitchen came first. The resource center moved in a couple of years ago. United Way of Pinal County led the way. Manuela Bowler is the executive director.

She’s at the Apache Junction Resource Center most Mondays. The Monday I showed up, she happened to be ill. My usual good timing.

I spoke to her later. That’s what phones are for.

“People know they can come to me,” Bowler said.

Bowler will make the call, on the spot. She knows who to call. And she has their number. Social Security has a guy who clears his Monday calendar. He’s ready to take her calls. As are others. It adds up.

In Casa Grande, people are still waiting. But help is on the way. In August, the Dispatch reported on a proposal for Casa Grande’s own resource center. It will be run out of the city-owned Peart Center, at Peart Park near the Main Library.

The resource center could be in business by February. People could get help with housing, driver’s licenses, behavioral health, health insurance and everything else that falls into the basic-needs category. The nonprofit Community Action Human Resources Agency, or CAHRA, will run the show.

United Way will be on site as well, every day. It’s relocating its Casa Grande office to the Peart Center, alongside the resource center, said Casa Grande Mayor Craig McFarland.

“We’re looking at United Way moving into that building sometime in December or January,” McFarland said.

United Way will pay a nominal lease for office space and the resource center. Perhaps a dollar a year. It will pay for utilities all well.

It’s moving from a city-owned building on 10th Street, near Carr McNatt Park. Its new office, the Peart Center, had hosted city-sponsored activities. They’ll move into the city’s new recreation center, set to open in spring.

The Peart resource center will have a few big pluses, Bowler says. Cubicles, for one. They’ll provide more privacy. In Apache Junction, the resource center takes up a few tables along a wall in the dining area.

“Many of the agencies that serve Pinal County have a hub in Casa Grande,” Bowler said.

The idea is start slow at first, Bowler added. Perhaps open the center one or two days a week. But keep to a schedule, so people would know what help they can get, and when.

The new resource center won’t have one big draw. A hot meal, the kind served up by the Genesis Project. On any given Monday, people can eat and get the help they need.

All the same, Casa Grande has its own free hot-meal service. It’s run by Seeds of Hope out of the Fountains of Living Water Church on East Second Street. It’s a 10-minute walk from the Peart Center.

Or a short ride on a scooter. 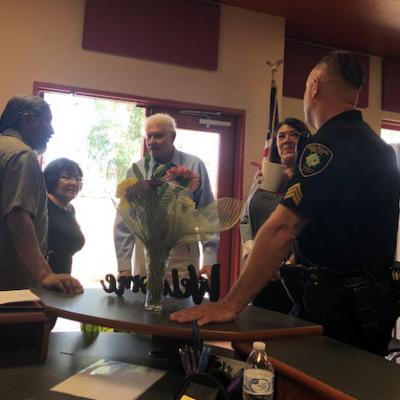 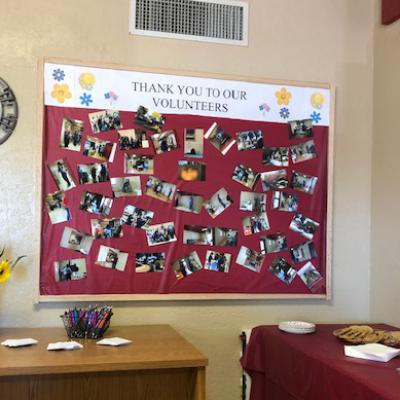 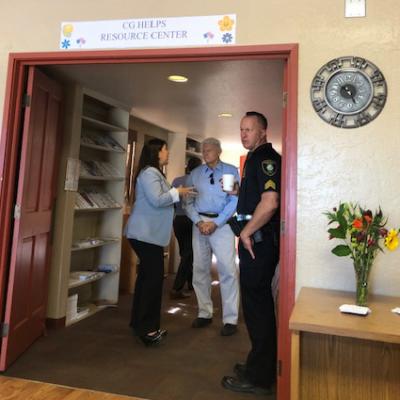 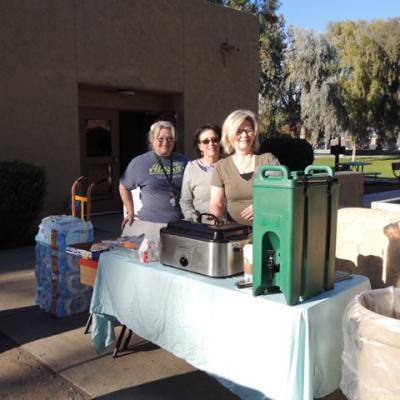 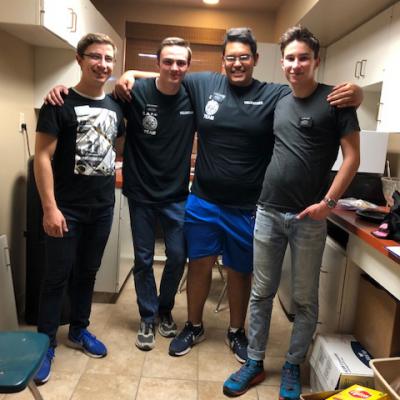 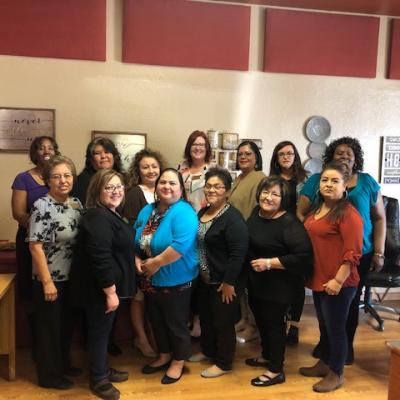